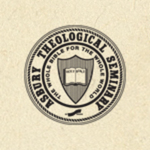 The Oxford Dictionary of the Renaissance

This dictionary provides rich detail on all aspects of the Renaissance in 14th to 17th century Europe. It includes comprehensive coverage of the art, literature, science, culture, philosophy, religion, economics, history, and conflict of the period. The text explores the influence that this intense intellectual and cultural revival continues to have on modern thought and society. Nearly half the entries are biographical, covering artists, thinkers, statesman, and reformers. A table of European ruling houses and a table showing the dates when cities and countries changed from the Julian to the Gregorian calendar are also included.